Minute 016: Would You Settle for a Tulip?

Peter Franks parks his Triumph Stag in front of the Customs Office at the Port of Dover. He steps inside for his “message,” and closes an office door behind him.

After another official leaves from the main entrance, Moneypenny, dressed as a Customs officer, steps out to the parking area.  She walks up to the Triumph Stag, where James Bond has already taken a seat behind the wheel.

“Mister Franks,” says Moneypenny, “Your passport is quite in order.”

“Well,” says Bond, eyeing her uniform, “anyone seeing you in that outfit would most certainly be discouraged from leaving the country.” Bond puts his new passport in his jacket pocket. “What can I bring you back from Holland?” he asks Moneypenny.

“A diamond?” suggests Moneypenny, “in a ring?” Bond starts the car.

“Would you settle for a tulip?” he asks, then smiles and drives off.

Moneypenny watches him leave. “Yes!” she says, and smiles.

Bond drives to the dock, taking the Hovercraft lane.

The SeaSpeed hovercraft “The Princess Margaret” is seen bouncing down the dock ramp in Dover. 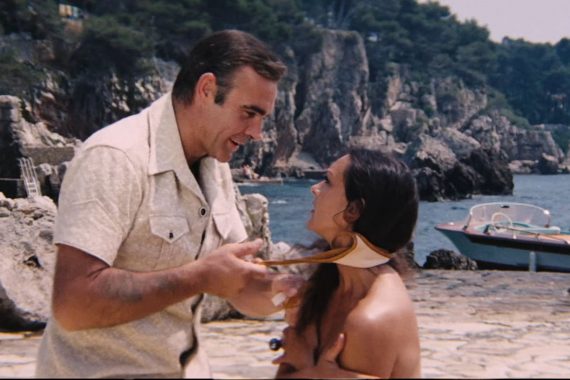 Minute 002: Something off Your Chest

Minute 007: Diamonds Never Lie to Me 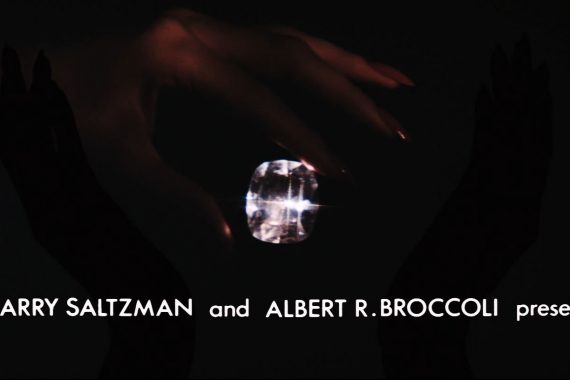